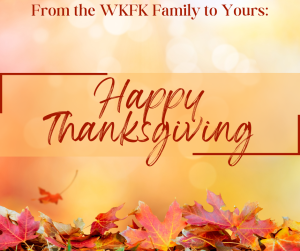 Most American school children know the story of the “first” Thanksgiving: in 1621 at Plymouth, the pilgrims held a feast to celebrate a good harvest with native Americans.  (Actually, the first Thanksgiving in the American colonies was celebrated two years earlier in Virginia.)  But most people do not know the somewhat complicated story about how Thanksgiving became a federally recognized holiday.

In October of 1789, President Washington proclaimed Thursday November 26 to be a day to offer “sincere and humble thanks” for victory in the Revolutionary War and for “the great degree of tranquility, union, and plenty, which we have since enjoyed.”  John Adams twice proclaimed a day of Thanksgiving, but Thomas Jefferson, who was not religious, did not.  James Madison proclaimed a day of Thanksgiving following the end of the War of 1812.

Mary Had A Little Lamb and Some Turkey Too

By the early 20th century, many of traditions associated with Thanksgiving, pumpkin pie, parades, football games- were common.  Thanksgiving was always celebrated on the last Thursday of November.  However, in 1939 there were five Thursdays in November.  America was still in the midst of the Great Depression.  At that time, it was considered inappropriate to advertise for the Christmas shopping before Thanksgiving.  At the urging from the head of Macy’s department store, Franklin Roosevelt moved Thanksgiving to the fourth Thursday in November to give stores an extra week of Christmas shopping.  This move was hugely unpopular and dubbed “Franksgiving.”  Many people celebrated on the last Thursday of November instead.  In 1940 and 1941, November had four Thursdays, and FDR proclaimed Thanksgiving on the third Thursday.

In 1941, Congress passed a compromise.  Beginning in 1942, Thanksgiving would be the fourth Thursday of November.  FDR signed the bill, permanently affixing the date of Thanksgiving as a federal holiday.

This website uses cookies to improve your experience while you navigate through the website. Out of these, the cookies that are categorized as necessary are stored on your browser as they are essential for the working of basic functionalities of the website. We also use third-party cookies that help us analyze and understand how you use this website. These cookies will be stored in your browser only with your consent. You also have the option to opt-out of these cookies. But opting out of some of these cookies may affect your browsing experience.
Necessary Always Enabled
Necessary cookies are absolutely essential for the website to function properly. This category only includes cookies that ensures basic functionalities and security features of the website. These cookies do not store any personal information.
Non-necessary
Any cookies that may not be particularly necessary for the website to function and is used specifically to collect user personal data via analytics, ads, other embedded contents are termed as non-necessary cookies. It is mandatory to procure user consent prior to running these cookies on your website.
SAVE & ACCEPT